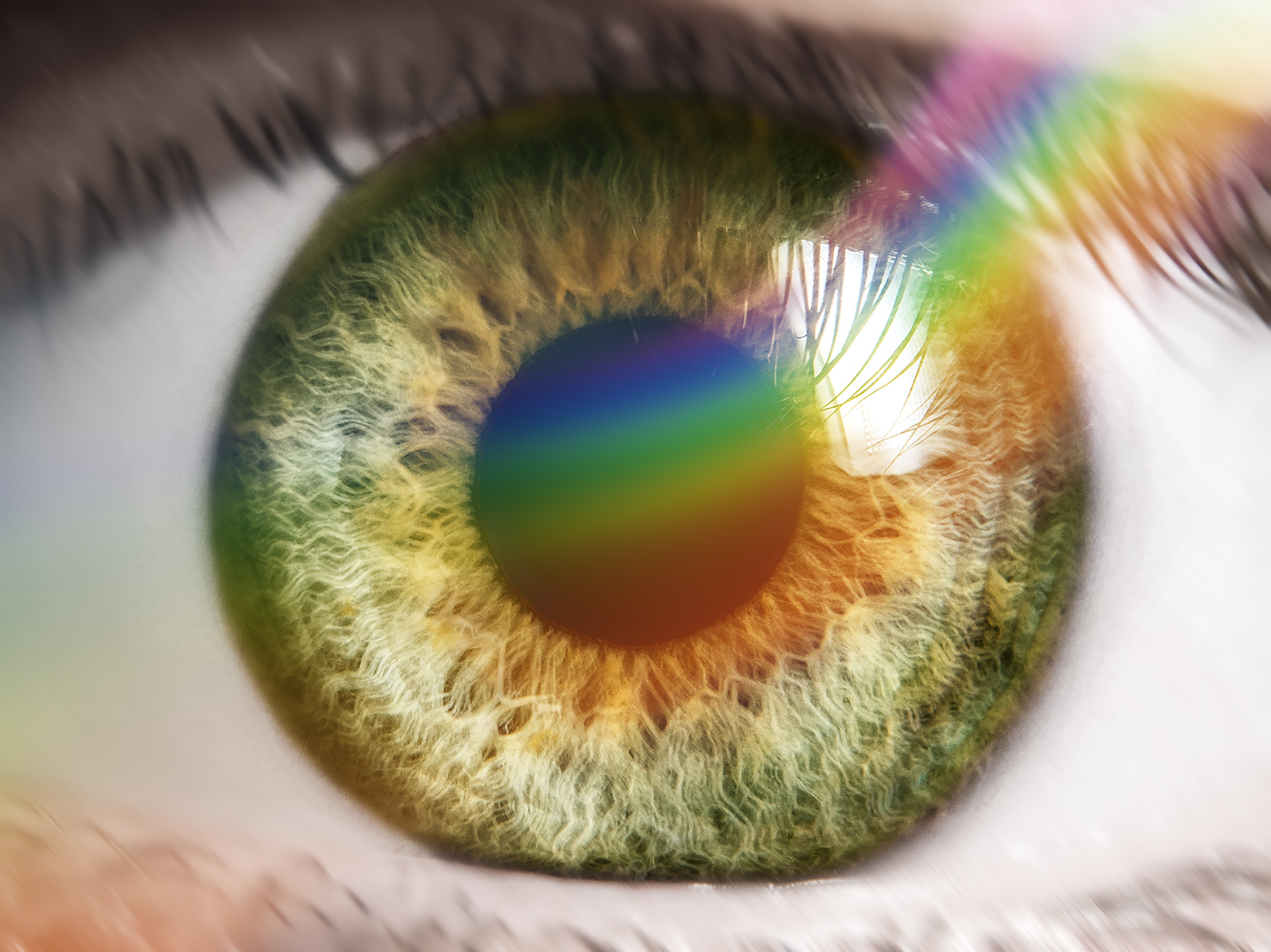 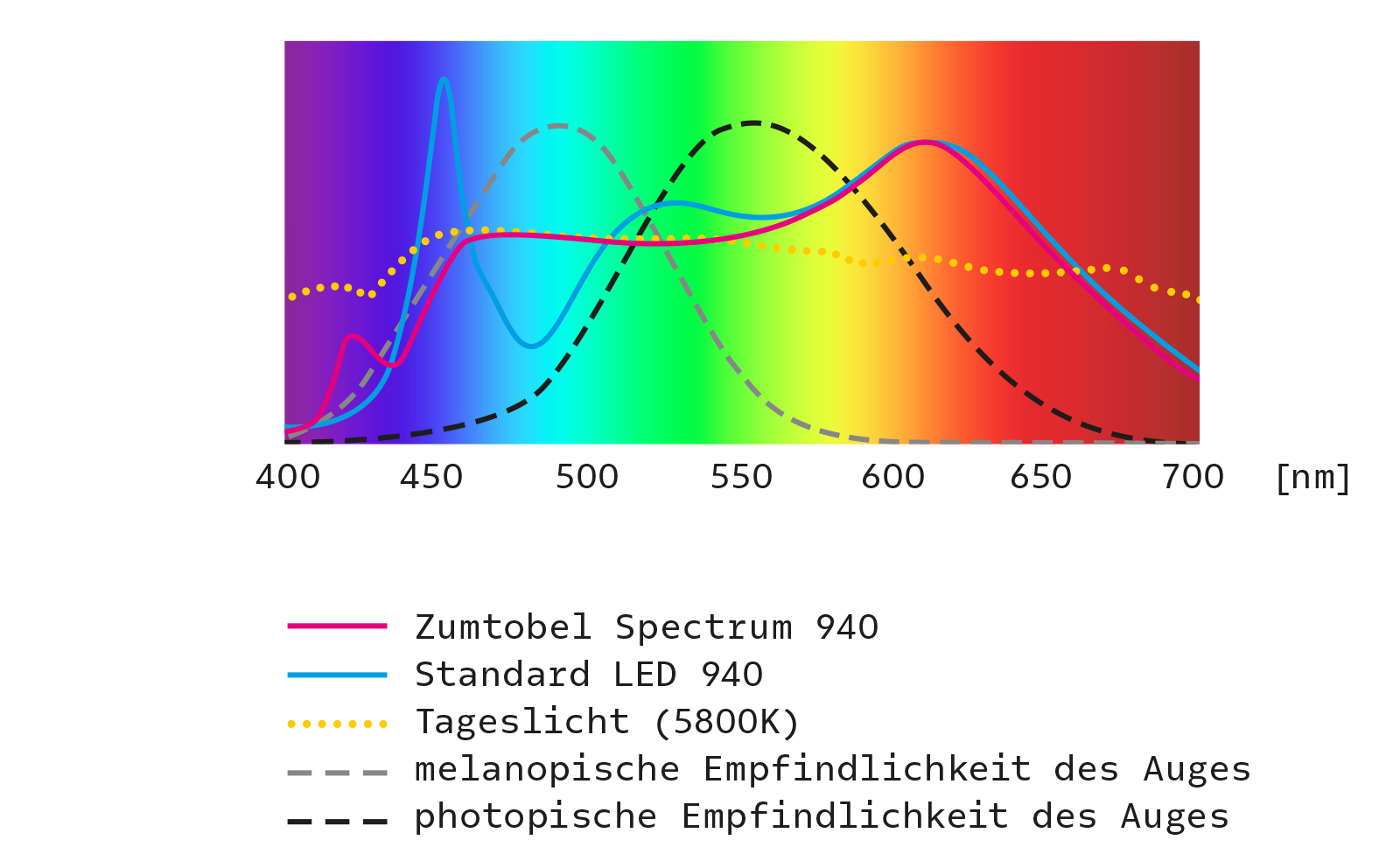 The blue light of the LED can put a lot of strain on the eye. Zumtobel has responded with a new technology that significantly improves visual comfort by changing the LED colour spectrum and enhances general well-being.

Light with its visual and non-visual effects has a major impact on our health. The biological, i.e. non-visual, effect is becoming increasingly important. It influences sleep quality, important bodily functions and general well-being. Modern lighting concepts already take account of the non-visual effects of light. Zumtobel now goes one step further and changes the LED colour spectrum within a specific wavelength range in which the eye is particularly sensitive to visual, emotional and biological stimuli. In doing so, Zumtobel is guided by the daylight spectrum.

To get as close as possible to daylight as seen by the human eye, Zumtobel has significantly reduced the intensities of the blue wavelengths within the spectrum and, at the same time, increased the azure wavelengths – the wavelengths with the strongest melanopic effect. In the blue-azure-turquoise spectral range, i.e. in the range in which the visual and non-visual effect is strongest, the Zumtobel Spectrum light is 97 percent identical to the cooler light of the sky.

Positive effect on concentration and well-being

A few years ago, researchers discovered a new  retinal receptor type, which produces non-visual effects in people and therefore influences our health, our biorhythm and our well-being. The newly discovered photosensitive retinal ganglion cells react particularly strongly to visible light in the long-wave »bluish« spectral range. The spectral composition of light therefore directly influences the human organism. Zumtobel has addressed this issue precisely. We realised that a harmonisation of the spectrum has a positive effect on human beings: the eyes remain relaxed and do not tire as quickly. On the one hand, this has a positive effect on concentration, on the other hand, the eye can relax more quickly and easily after strenuous visual tasks.

One step ahead of research

In harmonizing the spectrum, Zumtobel is guided by the optimized spectrum for indoor use, thus bringing the advantages of the warmer yet still refreshing, concentration-promoting daylight indoors. Only Zumtobel Spectrum, with its changed light spectrum, takes into account not only the needs of people, but, with the changes made in the azure and blue-violet spectral range, also the properties and special characteristics of their artificial environment. With this bionic approach and the focus on nature, Zumtobel is one step ahead of the current state of research, because the harmonised spectrum means we can avoid as yet unexplored negative non-image-forming effects. 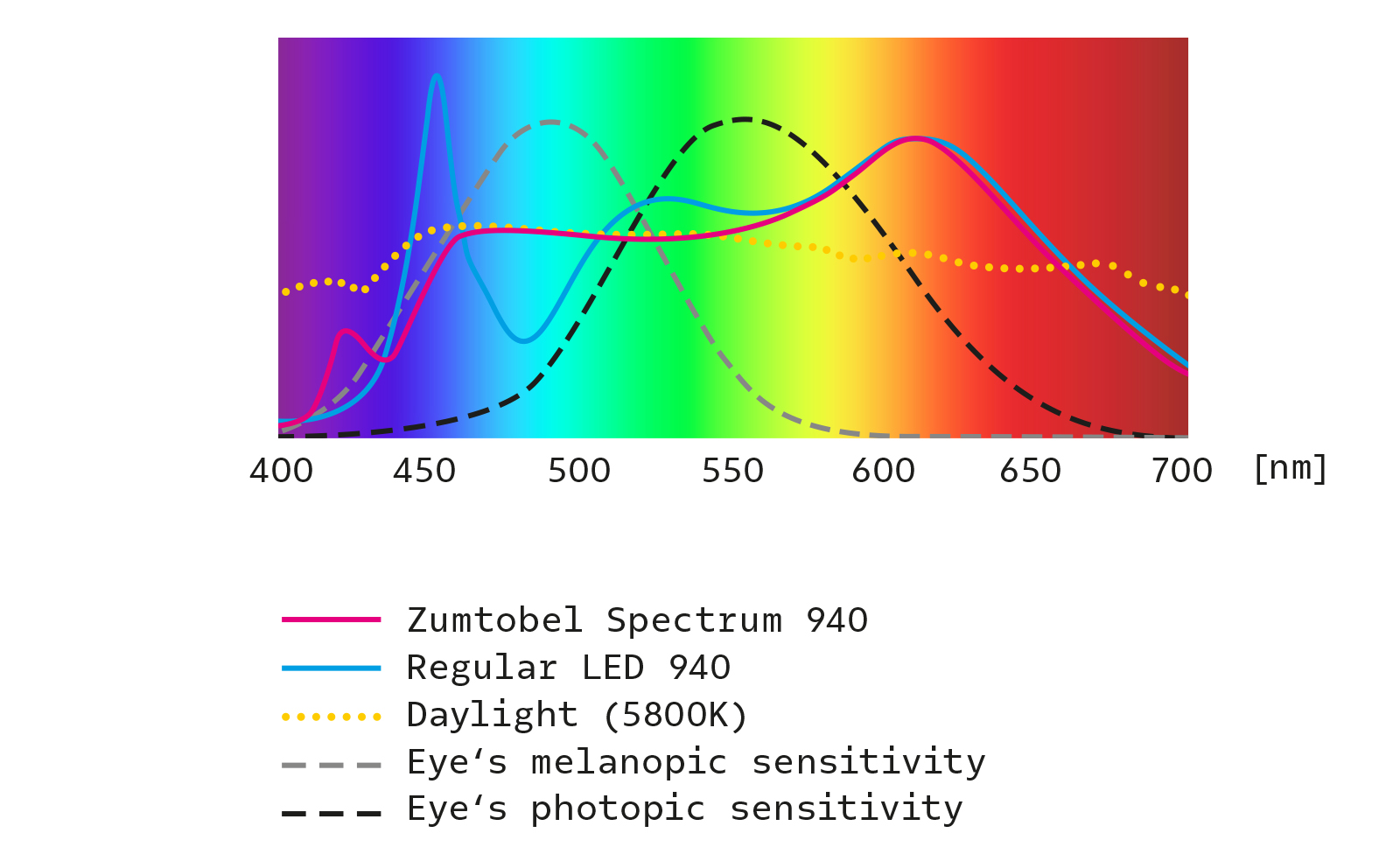 Zumtobel Spectrum: In the wavelength range between (approx.) 460nm and 555nm, the LED colour spectrum is adapted to daylight.